Its been a wee while since I last wrote.  I was away in London at the weekend for a family get together, which was nice, although I always find being away from home a very anxious and tiring experience.  I also get anxious about leaving our cats to fend for themselves.  I know they will be OK for 1-2 nights as they’ve got a cat flap and can come and go as they please; we also fill electronic feeders so they’ve also got enough food to cover a couple of days.  I just worry about them and I don’t really relax until I’ve taken a roll call when I get back.

Thankfully we both had booked annual leave days the Friday before and the Monday after so we could get organised before leaving and chill out a little when we got back.  I’d managed to get a good deal on tickets as I’d booked them some time ago; I’d also booked an overnight stay in an hotel near Euston station.  We were up early on the Saturday to catch our 08:50 train, we got to the station quite early only to find out our train had been cancelled.  We didn’t worry too much as the next one was only 20 minutes later so it wouldn’t delay us too much.  Unfortunately however, the seats I’d booked were no longer ours and the train was packed; we did however manage to find seats.  The plan was to meet Dave’s parents at Euston and then go onto the Cutty Sark where we were meeting the rest of his family.  It looked like a nice day but by the time we got to Greenwich it was pissing down.  It was nice to see everyone and catch up but there was a lot of walking and standing around; it was quite tough on my poor wee feet and legs even though I had my compression stockings and Fitflops on.  By the time we got back to our hotel at around 9:00pm, I could no longer walk.  Getting up in the middle of the night to visit the bathroom was a nightmare ‘cos my feet were so painful; I know they could have been a lot worse if I’d had other shoes on, thank gawd for small mercy’s.

In the morning I’d recovered quite a bit but I was not up for hiking, thankfully we were heading home on the 11:50 train.  When we got home and opened the front door the most horrendous smell slapped us in the face; we thought there would be a mountain of poo in the cat trays, but they seemed OK.  We soon realised that one of the automatic feeders had not worked and all the food we’d left out had gone rotten in the heat and our poor little babies were starving.  We fed them quickly, and thankfully they forgave us eventually, after some more feeds.  I’m now on the lookout for new automatic feeders.

One thing I notice when I’m away from home is the food I eat tends to be a bit shit.  I  don’t always have time to hunt down the best options and therefore end up eating whats available, i.e. sandwiches and cake washed down by a lot of coffee.  Also, I think there is something in my head which makes me think I’m on ‘holiday’ therefore, the normal eating rules don’t apply.  I find myself wanting things I’m not usually bothered about, like crisps and biscuits.  However, none of this helps with how I was feeling physically on the Sunday morning.  I felt I’d been on a bender; I felt hungover.  All the cells in my body felt jangly and exhausted.  Also, I don’t think I drink enough water when I’m away and I think this has an effect on my cells. 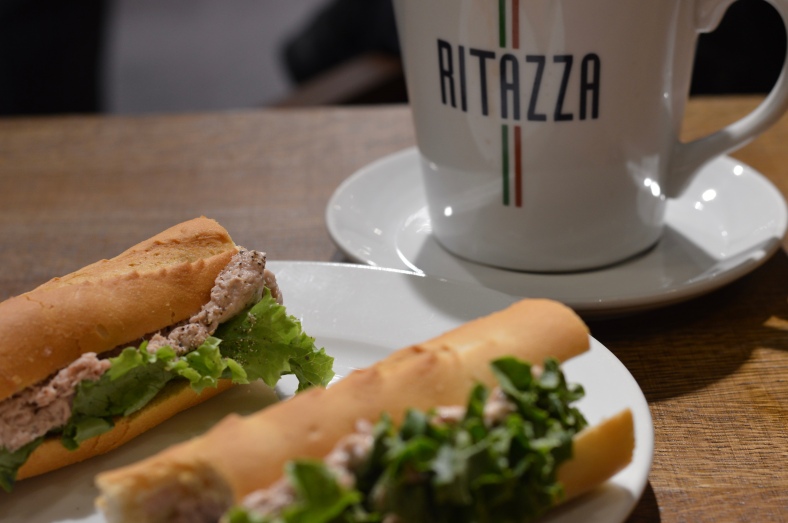 The other thing that seems to happen when I eat badly is I become addicted to more of the same.  When I got off the train at Birmingham, New Street I headed for Marks & Spencer to pick up something easy and quick for dinner (chicken tikka, rice and naan’), but I also felt compelled to buy more crips and biscuits; not just a couple but enough to last a few days.  Talk about shooting yourself in the foot.  I wonder sometimes if I will ever stop this destructive behaviour before I suffer a life changing heart attack, or similar.  All I can do is each day is try to do better.  Sometimes I wonder whether I have any control over how I look and feel anyway, maybe I am and feel exactly what as I am intended.  What a Bastard!!